Windclan cats are usually thought to be slim and fragile, but that is not true. Windclan cats are built thin and sleek to run through the moors and chase rabbits at high speeds, but this does not mean they are weak. The cats of Windclan are trained to use their speed in battle. They strike quickly and dash out of the way to avoid injury. Instead of pouncing onto their opponents right away, they weaken them with blows so fast they cannot be avoided, then when the enemy is weak, they pounce and pin them to finish the battle. We have rough pads and long claws due to generations of living on the rough, rocky moors. We use sheep's wool as our bedding, and love the breeze in our fur. We are Windclan, and we are strong! 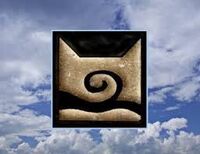 WindClan
Add a photo to this gallery

I have been appointed as leader of windclan by duskfeather. no roleplaying will start untill this clan has at least 10 members, with at least 5 different people. preferably a medicine cat, a few apprentices and a queen.

The WindClan camp is in a hollow on the moor, there are several rocks there for cats to keep watch. Long grasses surround the rock dens, and provide protection and shelter. Prey flourishes here, and WindClan can hunt prey easily even in the toughest seasons.

Retrieved from "https://mothwing.fandom.com/wiki/WindClan?oldid=4963"
Community content is available under CC-BY-SA unless otherwise noted.